Open Studio, Canada’s leading printmaking centre, is pleased to announce the 2017-18 Open Studio residency recipients. These residencies have been awarded to artists of merit, selected by a jury of artists and arts professionals.

Open Studio’s programs support artists at various stages of their careers and are especially vital for young emerging artists. Writing about the incredible difference that a scholarship residency at Open Studio made for her as an artist, Sonya Filman (2014-15 Don Phillips Scholar) states: “The Don Phillips Scholarship is one of the many initiatives that place Open Studio among the ranks of world-class contemporary printmaking facilities; as an emerging artist, I cannot overstate how much the scholarship has helped me thrive, creatively and professionally, at this stage in my career.” 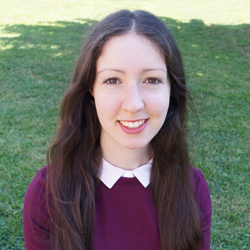 The Don Phillips Scholarship Residency is offered in memory of printmaker Don Phillips, who helped establish printmaking as a fine art practice in Canada, and is presented annually to a recent graduate who has just completed an undergraduate art program with a printmaking major at an accredited Canadian institution and who will not be returning to full-time studies. Heather Thomson’s practice is an amalgamation of her passion for history and desire to use a visual language. As such, her pieces are a culmination of research and visual study that adhere to a central question or concept. Over the duration of the residency Heather will build on, and explore, different avenues for her ongoing papiermark project. The papiermark project is a visual study of 1920s era German bills, which were rendered worthless on the international and national level due to an economic depression. With their intricate designs, post-WWI papiermarks are beautiful art objects that defy Heather’s expectations of a failing economy’s currency. However, she feels discussions surrounding post-war Marks focus excessively on numeric value and neglect the bills’ physicality. Through magnification, Heather strives to highlight their intricate designs and invites viewers to see papiermarks as art objects, instead of just a statistic describing the German economy. 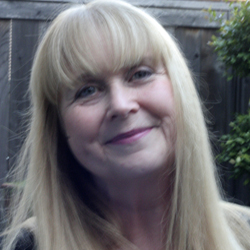 The Nick Novak Fellowship Residency is offered in memory of one of Open Studio’s most influential master printmakers and is awarded annually to an artist currently involved with the Studio as an Artist Member. Penelope Stewart’s multi-disciplinary practice, installation, sculpture, photography has deep roots in print culture. Whether it has been historic sites such as Musée Barthète, a tile museum in France, or Dawson College’s Peace Garden, Montreal, or a museum like the Albright-Knox Art Gallery, Buffalo, NY, her intentions are to create sensory spaces, haptic experiences, transforming our perceptions and possible readings of space, time and memory. Over the course of the Nick Novak Fellowship, Stewart will be exploring “water” as metaphor, mythology, phenomena, chemistry, it’s role within nature, and or as a measure of time and space. She has outlined 4 major projects under the umbrella of Mapping Water, which will include architectural sized stainless and raw steel plates, bookworks and suites of prints on paper. fieldnotes, Stewart’s online blog/journal, will mark her research, fieldtrips and general discoveries. Stewart was born in Montréal, Québec. She received a BFA from York University, Toronto and an MFA from the State University of New York at Buffalo. Stewart has received numerous grants and awards from the Toronto Arts Council, the Ontario Arts Council and the Canada Council. In 2010 she was elected to the Royal Canadian Academy of the Arts (RCA). Most recently Stewart was an Artist in Residence at Medalta Museum, Alberta with a companion exhibition entitled house life located in one of the historic beehive kilns on site.

The Don Phillips Scholarship and Nick Novak Fellowship residencies each entitle the recipient to rent-free access to studio facilities for a period of one year; materials assistance; professional development opportunities; and tuition-free access to Open Studio workshops. In addition, each artist will mount an exhibition of the work created during their time at Open Studio and present an artist talk. Each recipient will commence their residency periods in September 2017, with an exhibition of the outcomes of their time at Open Studio scheduled for January 2019. 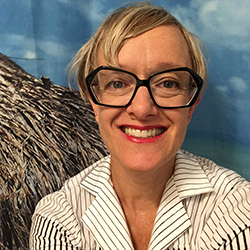 Through the support of an anonymous donor, the Hexagon Special Projects Fellowship Residency provides an annual fellowship to support a mid-career or established Open Studio Artist Member through the provision of six consecutive months of studio time to create and complete a specific project. Pascaline Knight weaves disciplines such as printmaking, micro-publishing, writing, concrete poetry, drawing, stop-motion animation, and performance featuring the book object as a vehicle for non-semantic narratives. She holds a Bachelor in Studio Art from Concordia University and recently obtained an MFA in Interdisciplinary Art, Media and Design at OCADU (2017). She has exhibited extensively nationally and internationally, participating in self-publishing art book fairs Tirage Limité (Lausanne, Switzerland) and Toronto Art Book Fair (2017), as well as GRAFF: Le Livre d’Artiste Repensé at the Bibliothèque et Archives Nationales du Québec (Montreal, 2017). The Hexagon Fellowship residency will be used to incorporate the Standard Cahier Canada student exercise book to deconstruct and examine the effects of standards and their consequences in our daily environment, specifically, by using the red margin and blue lines to demonstrate how implicit standards (within language and technology) regulate thought. Knight hopes to make a bespoke version of her research thesis, in a small edition of 25 to 50 and to learn letterpress. 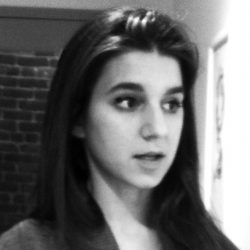 Through the generous support of artist Jeannie Thib’s (1955-2013) family, friends and colleagues, the Jeannie Thib Mentorship Residency provides two months of studio time, 20 hours of mentoring and a materials budget, awarded annually to an artist in the early stages of their professional career, who has demonstrated an ongoing commitment to their practice. Helena Rakic is an illustrator and printmaker that sincerely thanks Jeannie Thib’s family, friends and colleagues for their benevolence towards her practice. Helena’s work focuses on realist, highly rendered drawings that play with the notions of surrealism and fantasy. She was the recipient of the Kala Art Institute residency in winter 2015 and has participated in several exhibitions at both Centre 3 in Hamilton and Open Studio. She holds a BA in Fine Art from Laval University in Quebec City (2014). During the Jeannie Thib Residency, Helena aims to explore the theme of daydreaming. Said exploration will occur through the production of a series of several hand drawn lithographs of people in their everyday surroundings in moments of reflection. Moreover, these images will be a combination of lived experiences between artist and subject. The drawings will capture the slivers of time in which people are able to transcend their conscious reality and interact with their bizarre imagination. As the famous designer Karl Lagerfeld once stated “Daydreaming is a luxury,” and Helena believes that luxury is worth capturing. 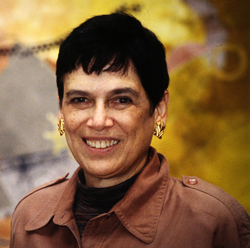 The RCA/Open Studio Fellowship is a collaboration between the Royal Canadian Academy of the Arts (RCA) and Open Studio. Open to all active RCA members regardless of their proficiency in print, this fellowship provides the opportunity for the recipient to create an edition of fine art prints facilitated by a skilled Open Studio printer. Pat Durr has had the good fortune to be an active practicing artist for over 45 years. Her solo exhibitions of paintings, drawings and prints have been shown in public and private galleries and artist-run centers across Canada and the United States. She has been fortunate to have received the support of numerous awards and grants. Her artworks are in private, public, and corporate collections in Canada, United States, Australia, England, Cuba and Israel. The landscape has consistently been the reference source for her art. Through its abstraction, she conveys her ideas. Durr’s practice has focused on the cyclic aspects of growth, extinction and renewal. At Open Studio, Durr’s project is to make lithographs which capture the disappearing beauty of the ocean corals in a multi-colored edition reflective of recent paintings. The images would not be realistically accurate reproductions of the coral, but rather symbolic representations of this underwater life.

The next deadline for submissions for these residencies is May 2018.

Open Studio gratefully acknowledges the support of the Canada Council for the Arts, which last year invested $157 million to bring the arts to Canadians throughout the country; the Ontario Arts Council, an agency of the Government of Ontario; the City of Toronto through the Toronto Arts Council; and the Ontario Trillium Foundation, an agency of the Government of Ontario. Open Studio also acknowledges the generous support of its members and numerous foundations, corporations and individuals. Open Studio would also like to thank our anonymous donor for the kind support of the Hexagon Special Projects Fellowship, the many donors to the Jeannie Thib Memorial Fund, and the partnership of the RCA.

Land Acknowledgement
Open Studio acknowledges that it is situated on the traditional territories of many nations including the Mississaugas of the Credit First Nation, the Anishinaabe, the Huron-Wendat, and the Haudenosaunee who are the original owners and custodians of the land on which we continue to create and exist.